After the relocation of the high-school in 2013, the two old prefabricated classrooms stayed there into the playground over a year, without being used by anyone. These classrooms had taken a big space in the playground, they blocked the students while playing and they were a big danger for their safety.So the pupils decided to take action. At the beginning of October every class wrote a letter and sent it to the Mayor. The Mayor answered that he sent on their letters to the competent services. Next they decided to push the classrooms symbolically and to get them away from the playground. Their photos uploaded in the school’s site and in some blogs. Very soon the Municipality’s services were activated and they removed these classrooms. The pupils felt very happy and they understood the significance of participation in actions for the improvement of the local environment.

On January the 27th 2015, volunteers from the organisation Doctors of the World, (Medecins du Monde) visited our school and informed the pupils of the 3rd and 4th grade about their action and the importance of humanitarian help and offer. They also materialised an experiential programme so that the pupils understand diversity and respect of human rights.
The next days the pupils painted pictures, collected food stuff and some other basic items, they packed them up and called the volunteers to come and take them.

The pupils are having an interview with the Mayor

On Wednesday 11th of November 2015, the pupils of the 6th grade had a meeting with the Mayor to discuss the problems they are facing at school and at their neighborhood. The pupils, except from their own questions, they asked the Mayor written questions of pupils from other classes.
They talked about the operational problems of our school, like the natural gas heating, the access of the pupils with special needs to all the places , “ the emergency exit”, the lights replacement, the renovation of the WC , and about problems referring their neighborhood , like stray dogs , rubbish-bins, playgrounds, signs’ cleaning   from graffiti etc., asking  the Mayor to give solutions.
The Mayor Mr Ignatios Kaitezidis congratulated the pupils for their meaningful questions and he promised them that the Municipality will do their best for all the problems, giving priority to the most important ones. 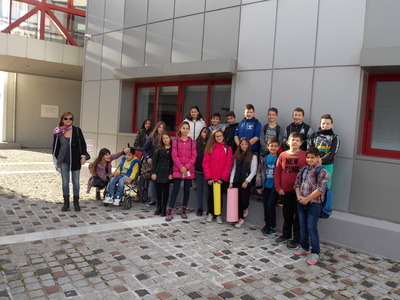 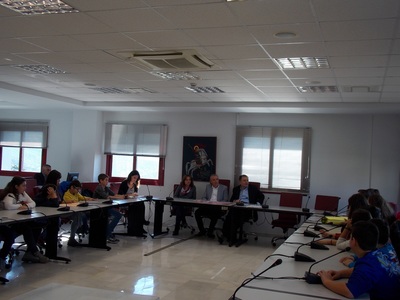 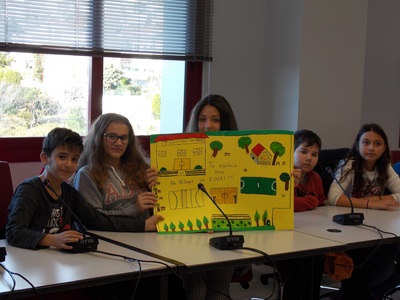 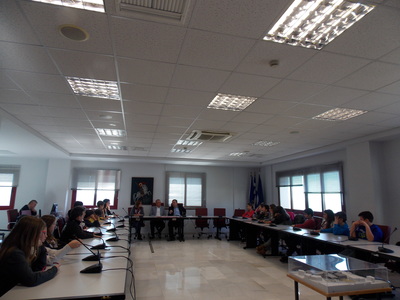 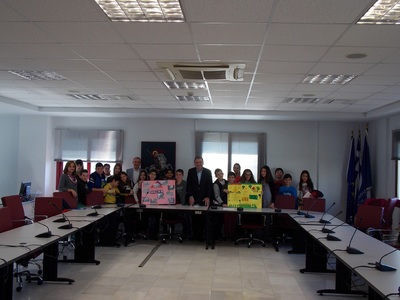 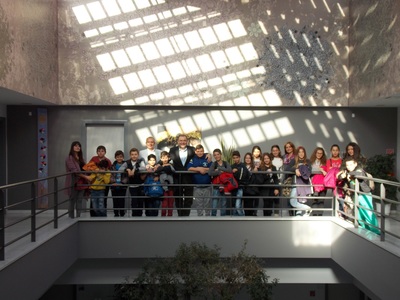 The day of Democracy or "Polytechnic uprising" is celebrated on November the 17th in the memory of the Polytechnic students' uprising in 1973 against the Greek military junta of 1967-1974.
November 17 is currently observed as a holiday  in Greece for all educational establishments; commemorative services are held and students attend school only for these , while some schools and universities stay closed during the day.
The students of the 6th grade along with the school choir prepared a celebration to remind to everyone that the slogans of the uprising of November 1973, bread, education, freedom, independence and social justice stay uptodate until nowadays.The students sent a message : you can show the way to a democratic and humane future only with active participation.