Report from the Science museum.

We visited the Science museum. There we went to an exhibition about the climate changes. We saw a movie at first. It was called the Storm`s eye. It was about how we effect the climate and the nature. I got most chocked when some people were looking at some big ice cliffs falling into the water. When one of the biggest cliffs fell a gigantic wave came. I thought they were safe but they were not. They ran as fast as they could but some of them fell into the water! I got scared and wondered if it was for real. The movie showed some other things too, for example some floods and big winds and big deserts. You could only see sand as long the eye reaches. After the movie we split up in two groups. My group looked at how the sun shone on the planet Earth. We were supposed to grab hold of a bar and drag the earth around the sun and watch what was happening. The sun was giving light to half of the earth at the time. Then we looked at some pictures and a mini tornado! And then we went to a quiz about how we could effect the climate. That was fun. Then we looked at a little greenhouse. After that we had lunch and then we went back to school. 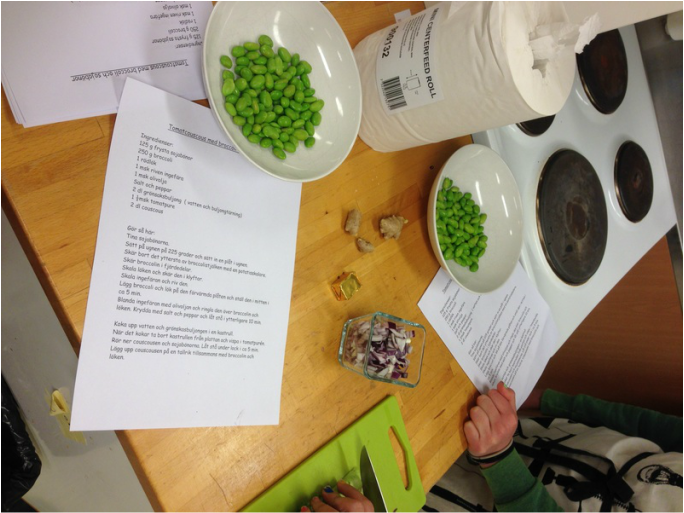